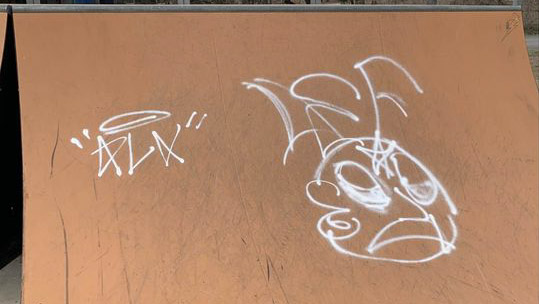 The following is a direct press release from the Bandera Marshal’s Office.

On the evening of March 26th 2022, several subjects vandalized the Bandera Skate Park. They painted on the ramps and sign, broke the water fountain, broke a picnic table and set fire to a trash barrel.

There were 7-8 subjects in a dark colored Dodge Dart 4 door passenger car who committed the Criminal Mischief.

While the subjects were speaking to Marshal Dietrich, Deputy Smith observed a handgun in the front passenger side floorboard. The 17 year old front seat passenger stated there were two pistols in the car and some marijuana.

A probable cause search of the vehicle led to the discovery of 2 stolen Glock pistols, a short barreled rifle, an AR-15 with no serial number, 52-1gram Cannabis vape cartridges, 3.5 grams of THC wax, 35.9 grams of Xanax, 21 doses of LSD, 28 grams of psilocybin (mushrooms) and assorted drug paraphernalia for use as well as for sales.

The 17 year old male claimed ownership of all of the contraband, He was transported to the Bandera County Jail and booked on numerous felony charges including Delivery of a Controlled Substance and Theft of a Firearm.

He is Innocent until proven Guilty in a court of law.

The City of Fredericksburg has named Garret Bonn as the interim director of Development Services, filling the vacancy left from Jason Lutz, who was terminated from this position earlier this week.  Bonn had been serving as the city's Assistant City Engineer.Lutz was terminated from his position on March 25th by Assistant City Manager Clinton Bailey, and the decision was finalized after an appeal was declined on March 31st. According to the […]