After a brief investigation, school administrators and the Kerrville Police Department were able to identify the author and state there was no credible threat of violence.

Monday’s announcement comes on the heels of a student discovering a threatening note in a bathroom stall at Tivy High School, which contained a threat of violence that was set to occur at Tivy High School at 2:35 p.m. on Thursday, March 31.

According to KISD Superintendent Mark Faust, that investigation is ongoing, but authorities were able to determine that there was no credible threat of violence at the school.

KISD is asking parents to communicate with their children and reminding them that their words and actions can have significant repercussions and consequences.

Actions that threaten violence, fear, or harm to others are addressed subject to  KISD’s student code of conduct and prosecuted to the full extent of the law. 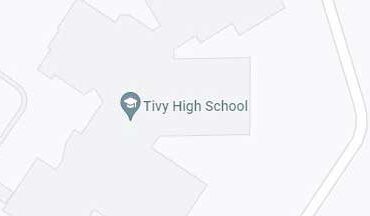 KERRVILLE, Texas — Kerr County Crime Stoppers is offering a reward up to $5,000 for information leading to an arrest and/or indictment in the non-viable school threat found at Tivy High School on March 31st. "On March 31, 2022 the Kerrville Police Department began the investigation into a threat of violence at Tivy High School. The threat was not viable but authorities would still like to speak with the author […]