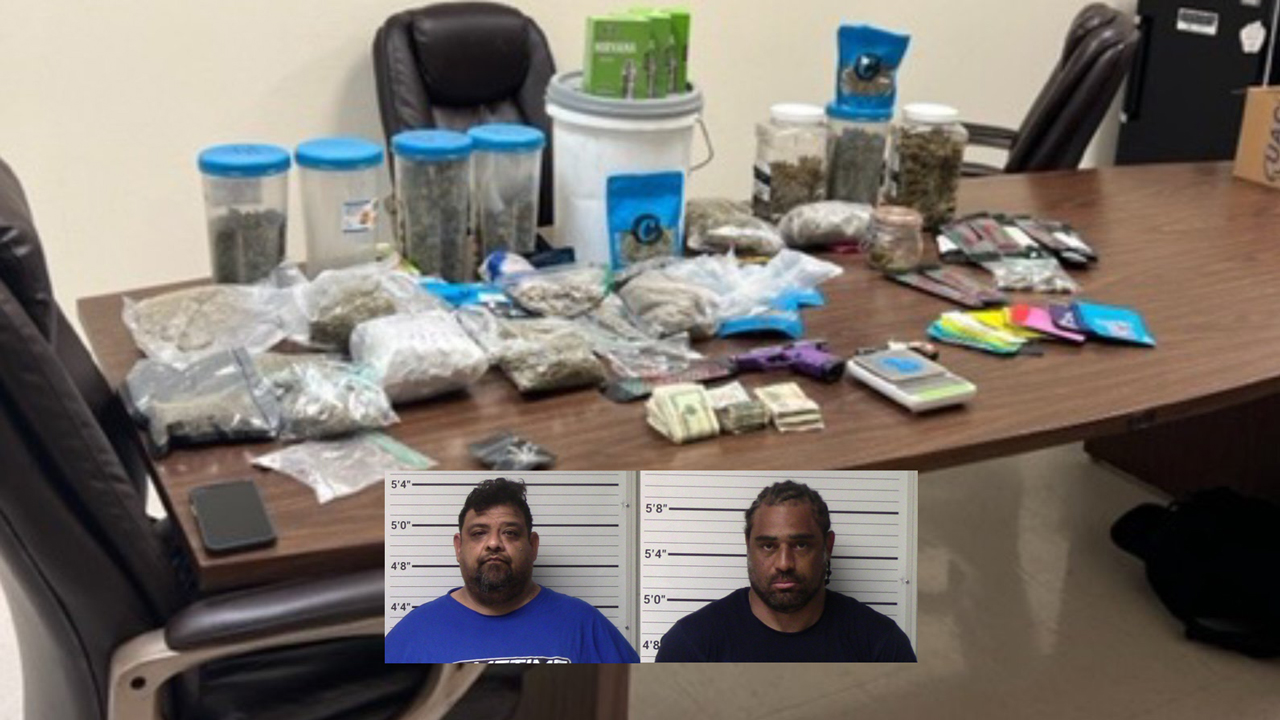 The Kerr County Sheriff’s Office Special Investigations Unit (SIU) conducted an investigation regarding the sales of drugs in the area, resulting in two individuals being arrested on various drug-related charges.  Reports led investigators and the Special Response Team (SRT) to a home on Fifer Street, in Kerrville, in which investigators obtained a search warrant for the home.

Prior information was relayed to authorities that there might be the presence of firearms at the location, and the SRT was deployed for the protection of all present at the scene.

Upon execution of the warrant, investigators discovered and seized approximately 8.03 lbs. of Marijuana, 3.5 grams of THC, 14.3 grams MDMA, 6.8 grams of Xanax and Adderall, $1,935 in U.S. currency and 2 semi-automatic pistols.  Investigators arrested two people in the home upon the discovery of these items.

The City of Kerrville's Park and Recreation Department will be playing host to an "End of Summer Shindig," Saturday, August 6 from 7:30-9:30 p.m.at Kerrville-Schreiner Park, 2385 Bandera Highway. The planned celebration will include live music featuring the Corey Weaver Band, plenty of yard games and even a free Poloroid photo op.  In addition, tables will be set up inside an air conditioned recreation hall for anyone wanting to test their luck at […]