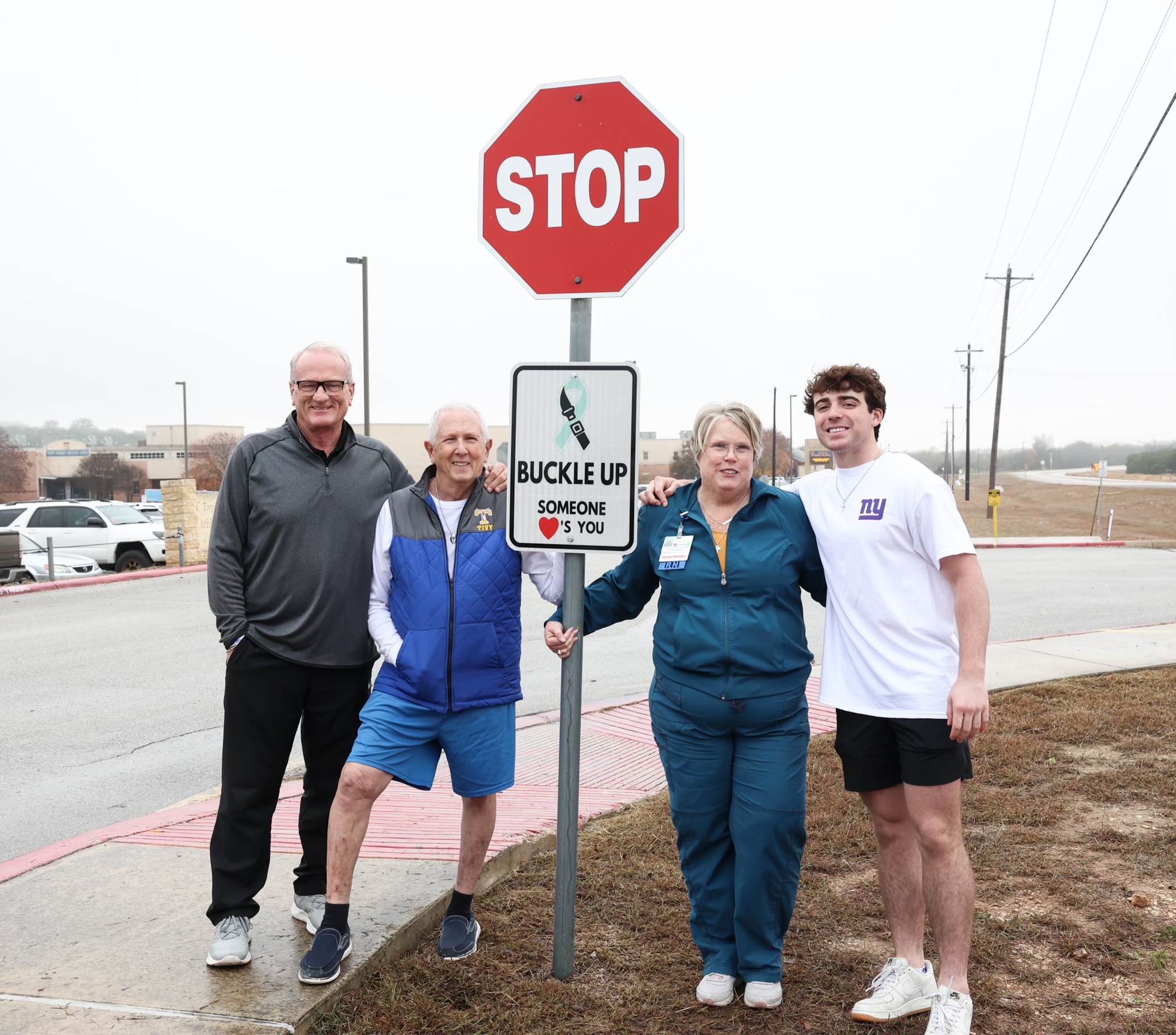 Kerrville’s Tivy High School held a “Buckle Up” sign ceremony Monday In memory of Tivy High School student and varsity football player David Palestrant who lost his life in an automobile accident in October 2021.  David Palestrant was ejected during a roll-over accident on Interstate 10, and police reports state that he was not wearing a seatbelt at the time of the accident.  The driver of the vehicle was arrested for DWI.

Doreen Palestrant, David’s mother, is an employee at Peterson Regional Medical Center, along with Darin Smith, who is the Trauma Program Manager/EMS Liaison.  In hopes of helping the Palestrant family spread the word out to other young adults about the importance of wearing seatbelts and DWI awareness, Smith began coordinating his efforts with other groups hoping to raise awareness to the same issues.

Smith contacted Tivy High School’s Resource Officer Justin Gonzales and the Kailee Mills Foundation to help with formally installing a sign located by the exit of the student’s parking lot which reads, “Buckle Up – Somebody Loves You.”  The Kailee Mills Foundation was created by Kailee’s parents after she was killed in a car accident as a backseat, unrestrained driver.

The newly installed sign is meant to be a daily reminder to all student drivers as they exit the school parking lot, “wear your seatbelts.”

The Llano County Sheriff's Office has confirmed that a man armed with a gun died after being shot by Llano County deputies early Sunday morning. According to a press release, a 911 call was made at 5:50 a.m., saying that a man with a gun had fired a shot. Deputies responded to the home on Eula Lane in Kingsland, where they found a man, identified as Justin Harrod, in the […]